Semiconductor OEM KLA is competitive precisely because it is a global player. Precisely because it is able to combine the world’s highest-quality metrology and inspection knowledge with the world’s best manufacturing technology. Hence the collaboration with suppliers who have the most advanced technology, some of which is located in the southern Netherlands region. An interview with KLA chief executive Theo Kneepkens about acting in an eminently global sector.

A global market leader because it is a global player

Theo Kneepkens, senior vice president of Global Operations at the listed company KLA, cannot disclose much about it, but he does have the following to say about the current geopolitical relations: ‘If you want to be a leader in the semiconductor industry, you have to be able to bring together the best innovations from the best specialists from all over the world.’

KLA is a manufacturer of inspection tools and metrological and data analysis systems for the semiconductor sector. With its headquarters in Silicon Valley, and both production and R&D facilities in the US, Singapore, China, Germany, Israel and Wales, it can rightly call itself a global player. That is why Kneepkens is often on a conference call late at night, with colleagues and suppliers in Europe and America, or early in the morning with the head office in California. ‘No, this is not my last meeting today,’ he says via Teams from Singapore where it is five in the afternoon. ‘I have another one scheduled for tonight at eleven.’

It is precisely the combination of the world’s highest-quality knowledge with the production technology with the best price-value ratio in the world that has earned the company a solid competitive position in a highly competitive sector. Kneepkens has therefore formed a clear picture of where in the world the strengths are. ‘Mechatronic knowledge is located in the south of the Netherlands. Very fine motion control for a wafer stage, for example, that is technology that VDL ETG has mastered, but companies like NTS and Frencken have similar knowledge. And Demcon has a strong engineering team in this area. KLA is also looking at other suppliers in the southern Netherlands. ‘Tecnotion’s linear motors are known worldwide. And we look with interest at the capabilities of companies such as Aalberts Advanced Mechatronics and Hittech. We see the greatest growth opportunities for those suppliers that can combine the high-tech knowledge of the Netherlands with a global footprint.’

Israel and US important

For laser sources, KLA has key suppliers in Germany, as it does for critical optical modules. Robotics, optics and imaging technology are sourced in Japan. Israel also accounts for some of the optics. ‘There are more than a thousand of us there, including R&D. Israel has extensive knowledge in the field of optics and imaging technology. It is also a country with a population with a very strong will to survive, to be successful, to create jobs at home, with people who can do business at the cutting edge.’ KLA is also supplied from its home base in Silicon Valley for just about every technological discipline: optics, lasers, sensorics, robotics, mechatronics, etc. ‘For the Dutch OEMs, the primary ecosystem is in the south of the Netherlands, but for us it is in California.’

The supply from Europe, Japan, Israel and the US mainly involves knowledge and production, by co-developing suppliers. ‘No, the term build to roadmap is not common here, I only hear it used by Dutch suppliers. But the shift from build to print, to build to specification, to build to roadmap is definitely a trend I recognise, also at KLA. We involve our suppliers more and more in the design and try to make sure that the development roadmap of our suppliers corresponds with our product roadmap. The current level of outsourcing in these knowledge-intensive regions is mostly build to specification. The contribution of manufacturing knowledge is the most important – companies such as NTS and VDL ETG have their roots in manufacturing. That’s why that type of supplier is also very keen to take on volume production, because that’s where their strength lies.’

Due to the current shortages of semiconductor products, Kneepkens believes that capacity expansion is necessary. ‘We are in a multi-year supercycle of growth, driven by AI, 5G, automotive and now accelerated by COVID due to the sharply increased demand for homework electronics and medical technology.’ However, entirely in keeping with KLA’s own motto of ‘Keep Looking Ahead’, he does have a concern. ‘These developments do, of course, provide great opportunities for our global supply chains, but given the current tremendous growth, I do worry about supply chain shortages. I sincerely hope that the supply industry sees this as a great opportunity and does not hesitate to expand their capacity!’

Every continent its own chip fabs?

The shortages of chips mainly concern microcontrollers, based on technology from the company Arm, which are now at the heart of almost every end product. ‘A big problem’, says Wilfred Poot, country manager of the Dutch branch of Future Electronics, a global company that purchases and distributes electronics from some two hundred electronics manufacturers. These controllers are manufactured by a small number of foundries, Taiwanese TSMC being the largest. ‘This manufacturer can’t handle the demand. The demand for components with Arm technology is now much greater than the supply. It looks like a perfect storm.’

There are major concerns in the semiconductor equipment sector and beyond about the concentration of chip fabs, in Taiwan and South Korea. According to Jos Versteeg, Samsung and TSMC are vulnerable. ‘Samsung’s factory is in South Korea. That’s within shooting range of North Korea. And China considers Taiwan a rebellious province. If China attacks, they immediately have the highest-quality factory,’ says the analyst at investment bank InsingerGilissen to the Eindhovens Dagblad newspaper. ‘The interest of chip manufacturer TSMC in Taiwan is alarmingly large,’ says a manager of one of the large listed American machine manufacturers in that sector who does not want to be named. ‘At some point the Chinese government may decide that Taiwan really does belong to China. However heavy the required investment may be, building fabs in the US and Europe seems inevitable to me.’ 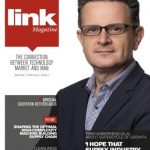 He is not alone in advocating such a sweeping solution. Politics is also stirring. The European Union is considering plans to manufacture up to 20 percent of all leading-edge semiconductors in the world by 2030. A similar development is taking place in Washington. Particularly in the US, but also in Europe, this sentiment is fed by the desire to strengthen and shield one’s own region. The question is, however, to what extent trade restrictions will keep China from building a complete semiconductor chain of its own, he continues. ‘Of course, ASML took decades to develop the EUV. But how many hundreds of thousands of smart people are studying engineering in China?’

But even apart from geopolitical tensions, it may make sense to opt for more chip fabs, on more continents, to avoid future shortages. The question is how cost-effective that is. And these are certainly not interventions that produce quick effects. Setting up a new ‘ecosystem’ for the manufacture of chips is a matter of years, not months, said ASML CEO Peter Wennink during the presentation of the annual results in January. ‘It has taken thirty to forty years to build the current system. And if you break that global system down into geographic pieces of innovation, the costs go up.’