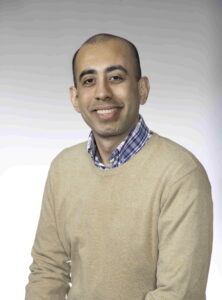 Digital engineering becoming the licence to operate in the aerospace industry

The meeting attracted some sixty attendees from 40 different companies, much to the surprise of Stakenborg, managing director MathWorks Benelux. ‘For us it is important to directly connect to, and have a clear understanding of this industry in the Benelux countries. The technology MathWorks has developed for other industries is relevant to space: simulations, systems engineering and even automated driving, to name but a few.’ Mohamed Anas, regional engineering manager, MathWorks Benelux and Switzerland, confirms: ‘Multiple regional technical advisory requests from agencies and their supply chains for science missions, human spaceflight, telecom, and commercial satellite navigation were also instrumental in putting this event together on digital engineering.’
To provide additional support for this prominent industry, Stakenborg and Anas reached out to Ossi Saarela to assess key trends in space for the Benelux region. Saarela is worldwide space segment manager at MathWorks and he sees ‘globally an exciting landscape in the space industry’. ‘From the technology as well as the business perspectives. New players such as SpaceX have become established parties and even newer waves of start-ups are continuously emerging. In this disruptive market, start-ups, which have no legacy products or processes, are starting with a clean sheet design and adopting whatever new technology suits them. Their primary consideration is how to quickly get to the market. Established organisations, on the other hand, are responding by modernising their existing engineering processes. Development processes in the industry are very rigorous, as this is a high-risk industry, and it takes new generations of start-ups to challenge conventions a little bit and in some cases accept increased levels of risk that we haven’t seen for a number of decades.’ 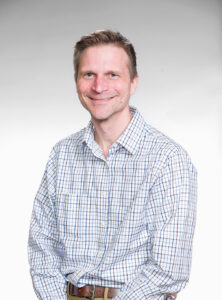 Ossi Saarela: ‘We are getting to the point where digital engineering is going to be required, because the capability of a human being to deal with the complexity of the code does not suffice.’ Photo: MathWorks

Mission validation
In short, what MathWorks has to offer to the space industry is mission validation. With full adoption of digital engineering, a single digital environment is available for modelling and simulating at different scales. For space missions, this concerns the control of multiple spacecraft and multiple ground stations, covering the full-mission system-of-systems scale down to the level of a single spacecraft or even an individual motor controller. Saarela: ‘We see start-ups embracing digital engineering, because for them it’s an enabler to get to space faster, not having to start from scratch but using existing tools as a foundation. For the established companies and agencies working on highly complex, rigorous projects, the main value of digital engineering lies in managing the complexity of the systems concerned. As compared to traditional document-based engineering, digital engineering helps them to improve their systems engineering processes to assure the quality of their products.’ In addition, one of the practical but crucial reasons for focussing on digital engineering is that in the space industry it is very hard and expensive to test actual hardware in operation, which is very much in contrast to the automotive industry, where a car can be fitted with sensors and just drive away for testing.

Automatic code generation
Just like the defence and aerospace industries have been setting industry-wide standards with respect to reliability and safety engineering, the space industry has led the pack with automatic code generation, Saarela claims. ‘There have already been many flights with automatically generated code for space flight software aboard the spacecraft. And a big one is coming up: NASA’s Orion spacecraft, which will be capable of carrying humans to deep space destinations; its GN&C code, for guidance, navigation, and control, is automatically generated.’ Space industry is also a forerunner in big data handling, adds Anas. ‘The amount of data and compute capabilities are exploding in all industries, which we saw already happening in the space segment in the sixties. Other industries have begun copying approaches to data orchestration, analytics, high-performance computing, etc. The ability to model, simulate and analyse system of systems is also inspired by the aerospace industry. The challenge is to manage the increasing complexity of the software.’ Saarela: ‘We are getting to the point where digital engineering is going to be required, because the capability of a human being to deal with the complexity of the code does not suffice. Besides automatic code generation we also need automation techniques for code review.’

Model-centrism
In the future, all space companies will become software companies, Stakenborg concludes. To a certain degree, they already are, Saarela comments. ‘They are flight software companies now, but do they want to be technical computing software companies, maintaining their own Fortran code, for example? Or should they leverage the capabilities of software partners such as MathWorks and focus on designing space systems’, he asks rhetorically. In the early days, space industry was hardware-centric, Saarela continues. ‘Over the years, the complexity of the systems increased, which led to software-centrism. And now we see a trend to model-centrism, taking models as the source of truth, because the software is becoming too complicated to understand, while in addition models enable simulations and analysis.’ Anas sees the same trend in a multitude of industries in EMEA. ‘There, OEMs are getting first- and second-tier companies to supply their designs, i.e. their intellectual property, as simulatable IP and not just as documents.’ Saarela concurs: ‘It would be a huge advantage to a space industry supplier to be able to provide an executable spec sheet, i.e. a simulation of the hardware, so that the prime contractor can integrate it in their system and test it out before purchase.’ Anas summarises: ‘Many space missions are fuelled by solar arrays, models and code.’ 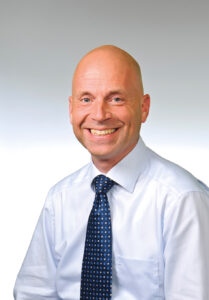 Marcel Stakenborg: ‘The holy grail of the space industry is to combine reliability with speed of development.’ Photo: MathWorks

Clouds
Concerning the infrastructure for deploying digital engineering, it is the cloud versus the edge. For big data analysis and simulation in the development phase, flexible cloud resources for storage and computing are preferred, according to Saarela. ‘Aerospace companies are exploring the cloud as a solution for not only storing data but also hosting their simulation engines. Today, many of the simulations run at the component and subsystem level, but industry will move towards simulating complete systems and systems of systems, which will require more computing power.’ This is crucial, because simulation reduces the actual testing on hardware, as well as the need to overdesign a system. ‘The more accurate the simulations of the hardware are before you build the system, the better you get the right-sized tolerances and the more efficient, i.e. lightweight, the hardware is. Mass is the enemy of a launch vehicle, so any spacecraft mass you can reduce is convenient.’
In the operational phase however, bandwidth puts constraints on the communication between spacecraft and ground station. More digitally capable spacecraft will need improvements in edge computing on board, which brings its own challenges, as all hardware has to be radiation-hardened. Communication bandwidth is a critical factor, Saarela affirms. ‘For example, in the case of a satellite monitoring the surface of the earth, AI can be used to make the satellite smarter by detecting clouds (the meteorological phenomenon, ed.) in images, as clouded images should be deprioritised for downlink.’ 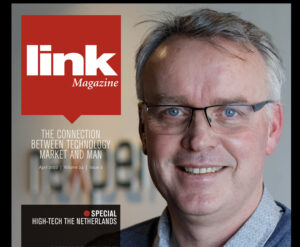 AI to mission-critical
Speaking of AI, artificial intelligence, in particular machine learning and deep learning, definitely is one of the disciplines driving digital engineering in space industry, Saarela observes. ‘For example, European satellite fleet operators have been using AI algorithms for satellite health monitoring for years now, to help human operators detect whether anything is not functioning normally. Space agencies are investigating the use of AI to analyse test data.’ However, AI has not yet reached operational mission control, Saarela admits. ‘The use of AI for mission-critical operations is now an active research area in space industry. The main challenge is to understand how to do verification and validation of the algorithms. Slowly, industry is now moving from this research focus to a technology demonstrator phase. Again, start-ups will be key in driving this, because of their higher risk tolerance.’ Based on his Benelux experience, Anas can confirm this. ‘Our team sees the adoption of AI going quite fast in the start-up sector. AI workflows can be used to simplify initial mission design and reduce the time needed for this stage. Practical applications also include the estimation of solar radiation in space, and predictive maintenance of multidisciplinary mechatronic components. We have also begun collaborating on AI-enabled detection of space debris and the design of collision-avoidance trajectories.’ This underlines, once more, that all trajectories in the space industry are pointing towards digital engineering.

Reaching out
To conclude, Anas stresses the importance of collaboration between agencies, prime contractors, start-ups and their supply chains. ‘If first- and second-tier suppliers can facilitate this collaboration by providing simulatable models, they can be ahead of the game.’ This prompts Stakenborg to appeal to the readers of Link Magazine. ‘If you have been triggered by what we shared here, in particular our views on simulatable IP and executable spec sheets, please reach out to us.’ To be continued.

Digital by MathWorks
MathWorks is a leading developer of data analysis and model-based design software. It supports digital engineering through its platforms, of which MATLAB, Simulink and Simscape, are best known. They form a natural basis for building a digital twin, which MathWorks defines as an evolving digital representation of a product, process or system that calculates its status and generates information. In this way, through integrated, systematic use of data and models, decision-making for design and operation can be supported throughout the entire lifecycle.