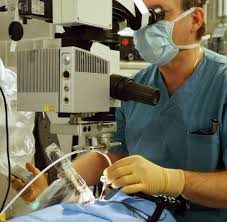 Perry was formerly CEO of the Philips Healthcare Incubator reporting directly to Philips Board of Management. He led, commercialized, coached and invested in many start-ups and early growth businesses across the globe, achieving triple digit growths. During this period he was also CEO of the portfolio company “Philips Digital Pathology Solutions”, leading and commercializing it to become the global leader in its field. Prior to that Perry led two large mature businesses, growing those at a rate well ahead of their competitors. Perry holds a Master’s degree in Biomedical Physics and has lived and worked in Netherlands, Argentina, Germany, China and Hong Kong.

“We are delighted to have attracted such a high calibre professional to our team”, said Gerrit Naus, co-founder and Chief Operating Officer of Preceyes. “Perry is an industry expert with a strong track record of successful business management, innovation and strategy. He brings with him a wealth of experience in starting, commercializing and scaling new businesses in the medical-device industry. Perry’s 30 years of senior experience in industry will be invaluable as we grow Preceyes into a leading medical device company in its field.”

“I am excited to join the Preceyes team,” said Perry van Rijsingen. “Preceyes is addressing significant and rapidly growing unmet medical needs for the patient and the healthcare professional with clear economic benefits. It develops radically innovative robotic solutions, using unique and proprietary technology. Initially in the field of vitreoretinal surgery, but in next generations also in other fields in ophthalmology and beyond.”

Preceyes’ high-precision robotic system targets ocular surgery, with vitreoretinal surgical procedures as the initial target market. The technology promises to improve the delivery of existing ocular surgery as well as enables the development of new treatments such as high-precision drug delivery, assisting eye surgeons in performing the most demanding surgical tasks to fight blindness. A first clinical investigation with Preceyes’ technology is scheduled later this year.